A Cosplay Contest is a craftmanship award show where people create a costume/cosplay that makes him/her look exactly like a character in a game, tv series or movie. During the event they will do a catwalk display. The judges of the Cosplay Contest will be looking at different aspects of the cosplay, gather their reports and decide who the winner of the contest is. Do you think you’ve got the one-of-a-kind cosplay that convinces the audience and the judges that you are the best?

You will need a visitor pass or a The-Party ticket to participate. After registration we will contact you. 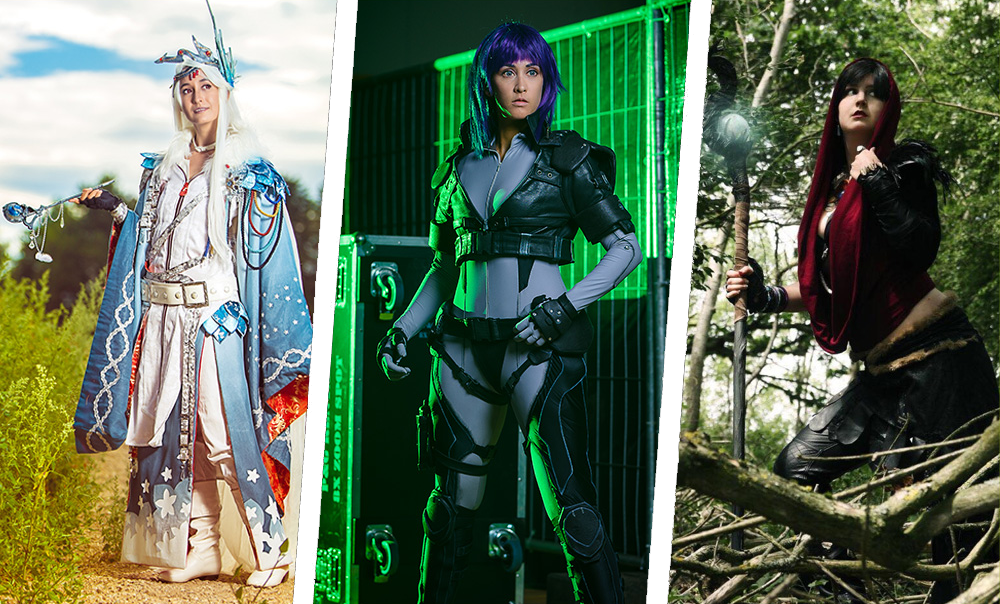 We will have some amazing judges again this edition. The jury consists of Mmmc Mirai, Lidl Delirium and Lisu-Chan!

Mirai has multiple wins to her name, including the CampZone 2018 CWM prelims, where she had an amazing act cosplaying as Motoko Kusanagi from Ghost in the Shell. She’s also grabbed some wins at Animecon 2012 and 2013, both solo and with her cosplay group. She has previous judging experience and is a true jack-of-all-trades when it comes to costuming skills. In short, she will be a fantastic addition to our team of judges!

Lidl Delirium has entered many cosplay competitions including the CICAF 2015 and 2017 in China, the WCS 2013 in Japan and the ICL 2017 in Spain. As a judge she also has quite some experience! She was one of the official judges of the American preliminaries of WCS Japan and the British preliminaries of ECG France. Her favourite types of costumes are exotic, colourful and come with a whole lot of bling. With her judging experience and great cosplay talent she will most definitely brighten up our panel of judges!

Lisu-Chan may sound like a cute name, but our third judge is a bad-ass. She can be seen a lot walking around as gaming characters, knows everything about both cloth and armor and knows how to work with Arduino as well. She has been cosplaying since 2006, and ever since 2012 she has been to many international events. To name a few: multiple CICAF contests in China, a WCS in Japan and as a judge in the United Kingdom. She apparently know what she’s doing!